Is "believing in Jesus" a false doctrine? 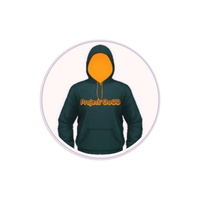 Is "believing in Jesus" a false doctrine?


What does I AM says about *believing*?


For some, when they had heard, did provoke:


howbeit not all that came out of Egypt by Moses. But with whom was he grieved forty years? was it not with them that had *sinned*, whose carcasses fell in the wilderness? And to whom sware he that they should not enter into his rest, but to them that *believed not*?
So we see that they could not -enter in because of unbelief-.
Hebrews 3:16‭-‬19 KJVAAE


The Israelites didn't had questions about the existence of God. Obviously..


"believing in Jesus" = Roman Pagan philosophy.. It's a false translated made up doctrine to justify you sinning..


Dont be hearers only but doers of the word. James 1:22


But whoso looketh into the perfect law of liberty, and continueth therein, he being not a forgetful hearer, but a doer of the work, this man shall be blessed in his deed.
James 1:25 KJVAAE


-For God so loved the world, that he gave his only begotten Son, that whosoever obeys (remember this word) him should not perish, but have everlasting life.-